Introduction to beliefs and the influence of perception

And some tips on how to re-adjust them!

I have said it before, and I will say it again here….There’s no such thing as a limiting belief.

I know that may sound strange for someone who makes a living eliminating them, but it actually makes my job a lot easier. You’re going to discover that changing how you perceive “limiting beliefs” can massively increase the effectiveness of conversational belief change. 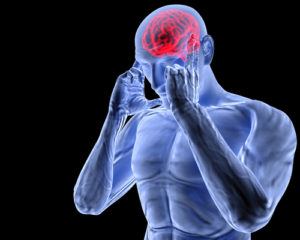 Beliefs are generalizations, learned processes that help us make sense of an ambiguous world. Beliefs help us make guesses about what to expect & what to do.

But for every generalization, there are exceptions.

The process of belief change is about artfully bringing those exceptions into awareness so as to redirect the process of generalization.  (Wow that seems like a mouthful doesn’t it – does your head hurt reading that?  Mine too!)

Beliefs are perceptions, a way of organizing sensory data to arrive at certain conclusions. The idea that a belief is “limiting” is just that – an idea; a perception about a perception.

Beliefs have a positive intention. Remember the old saying, “Every behaviour has a positive intention”? It applies to beliefs too. If you try & change a belief without at least acknowledging that intention, you’re in danger of activating its defense mechanisms. This can be as simple as asking:

“What’s the positive intention of this belief? What’s it been doing for you?”

Beliefs are self-protective & survival-oriented. We create beliefs for a reason, & even the ones you’ve been perceiving as “limiting” have a purpose. If you try and change them without rapport (ie. acknowledging their purpose, pacing & leading etc.) you may invoke their defense mechanisms. When a person gets defensive, it typically means you’re trying to change a belief without rapport.

Beliefs have a structure & a state. The structure includes sensory representations, physical sensations and a linguistic form. Conversational influence is a set of linguistic re framing tools for redirecting the generalizations that support the belief. When its done effectively, the generalizations open up to include new information and the belief is no longer perceived as limiting. 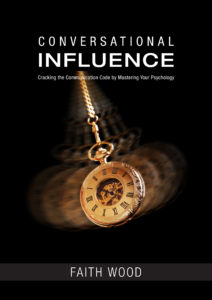 Here are a few tips to bear in mind when you’re practicing conversational belief change:

Assume a larger outcome, purpose or direction. When people perceive a belief as limiting them, it’s because they perceive it as blocking them from achieving a particular goal or moving in a certain direction. Over time, they sometimes lose awareness of that larger goal or purpose, but you can bring it back into awareness by asking “What larger goal or outcome has this been
preventing you from achieving until now?”

Assume people can always do (on some level) what they say they can’t.  Bear in mind that what they say (the linguistic structure of the belief) is just a metaphor for some deeper representation anyway, so you don’t have to worry about whether their belief is “realistic” or not.  Assume that the fact that they’ve said “I can’t X” means that they can X.

Know your outcome & be present, aware & intuitive. Language patterns are not a substitute for a sense of direction, open sensory channels and adopt behavioural flexibility.

Want to learn more, check out my short eBook on Conversational Influence here.

Canadian based Author and Professional Speaker, Faith Wood, is a Communication and Presentation Specialist. She spent 15 years on the front line of law enforcement helping her develop a seamless style of communicating through conflict and crisis that is insightful, efficient and results magical. Her skill as a novelist has helped her craft interactive stories that motivate and inspire and will keep audiences on the edge of their seats. As a hypnotist, she has cracked the code on what it takes to get past resistance and into wider perspectives while adding a bit of entertainment to the content. If you are looking for an engaging and interactive presentation for your next meeting or event, it’s time you brought in a bit of Faith! Offices in Calgary, AB and Coldstream BC.
Is reading fiction good for your brain? Are your nervous butterflies preventing you from claiming the spotlight?

Discoveries in the Snow Pile

Is your family story influencing you today?

5 tips for a positive First Impression