Are you fed up with weak apologies for bad behaviour? 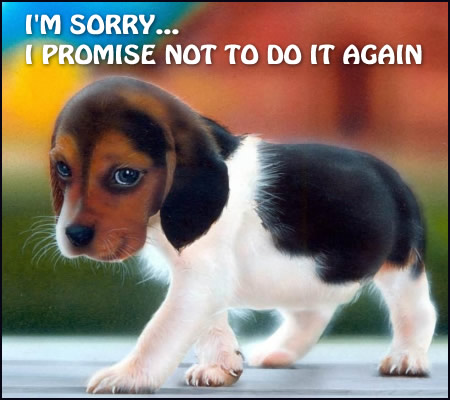 Are you fed up with bad behaviour, weak promises about change, superficial or meaningless apologies and (what feels like) an overwhelming lack of accountability in day to day interactions?

From companies who seem to take our consumer dollars for granted to political parties who ignore the constituents who voted them into office, to individuals with unreasonable expectations and demands on our time and energies.   Oh yes, bad behaviour is not limited to just those who serve clients, but also to those who receive services as well.

I am often curious about how hard one needs to be pushed before they begin pushing back.  When we will stop making others responsible for our own choices or indecision.

There are plenty of examples of this happening…

For example, a driver over steers in bad weather and road conditions and careens off the highway tragically killing their passenger whilst wounding themselves.  Rather than acknowledging the calamity, there is a need to make someone else responsible for it.    It must have been poor road design – who owns that piece of road and how can they be held culpable?  Perhaps it was bad vehicle engineering or maybe it was a lack of an effective guard rail – It couldn’t possibly be due to inattention and lack of experience behind the wheel, could it?

Or how about our overwhelming need to insulate and protect our children from any potential injury.  Apparently we are now being asked (maybe even soon legislated) to start putting helmets on our children when they go to the local toboggan hill.  We need to instruct our children to sit or kneel on the board and not lie down (apparently the aerodynamics of going fast are also producing head and neck injuries).  So all this is good until we start to see an increase in knee problems and then we will need to bubble wrap our kids, right?!  I am curious – when will we allow the children to fall down and develop discerning thought processes.

What about when we register for a workshop, decide not to attend because it snowed and become annoyed at failing to get a refund on our investment (despite the fact that the organizer still had to pay the bill).  This happened to a friend and the passive-aggressive emails got more entertaining over wine.

Certainly there is some level of apathy and complacency in all of us.  Complaining (or in families nagging) appears often to fall on deaf ears.  The trite apologies occur swiftly and then the behaviour that caused the grief rears its ugly head again.  Leaving us frustrated and at a loss for how to actually shift the undesirable behaviour patterns.

In this blog, I would like to chat about the chain of events in a customer complaint.   (A future blog can talk about how and when an apology works).

Companies cope with consumer complaints by hiring individuals to monitor twitter feeds in which unfavourable hash tags are linked to their service or product.  They are asked to react swiftly to squash the public outcry or at least manage to get the conversation offline. 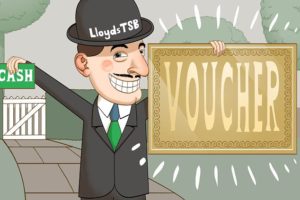 When a consumer is dissatisfied with the way they were treated or with the product or service they received which was less than what they should have got, these representatives swoop in and offer credits or template apologies for the oversight or the inconvenience.

OK sure, this might soothe the disappointment in the moment, but if the problems become repetitive, the recipient begins to feel ignored, don’t they?  When that happens, how will the resulting decisions impact your bottom line?  Oh sure, some of your loyal followers will be outraged that someone complained about you and they will ignore the evidence and swiftly rise to your defense without the benefit of facts.  But, at the end of the day, is this really what it takes to generate customer or brand loyalty?

What if you actually responded to the concern with compassion, respect and consideration and maybe even investigated the claim for validity.  Would that in essence change how you handled the concern?

Case in point:   My husband and I were recently on a flight heading home from a wee holiday last month.  24 hours before the flight was anticipated to depart, I logged onto the website and initiated an upgrade to  preferred seats.  We headed off to the airport the next day after confirming via the website that the flight was indeed still anticipated to be on time.  Arriving in the lounge next to the gate, we soon discovered that the flight was actually anticipated to be delayed over an hour.  This has become such an expected problem, that most passengers don’t even get ruffled about this (unless it significantly impacts a connecting flight).  The truth of the matter was that the flight boarding was delayed nearly 2 hours without explanation or conversation with tired passengers.   The flight crew were also in the waiting area pondering when they might actually get this show on the road.  Finally, the flight crew are allowed access to the plane.  A good sign and we anxiously awaited our pre-boarding opportunity that comes with paying for an upgrade.   The pre-boarding never happened and this became just the beginning of the problems about to be encountered.

As my husband presented his boarding pass to the agent at the gate, he was soon to be alerted that he had been moved out of his seat.  No explanation to be had for this occurrence.  I, however, was still in the seat selected on early check in – now we were no longer sitting together in the “paid for” upgraded seat class.

As the flight finally got underway, the customary first round of beverages and snacks were presented by the flight crew.   That was all going as anticipated.  Once the round had been made, the flight attendants at the front of the plane (in plain sight of my seat), sat down to check their emails and catch their breath.  Within a half hour, they were both sound asleep and remained in blissful slumber for the bulk of the entire flight.

After compiling a politely worded feedback inquiring what has happened to the original standard of customer excellence passengers were formerly able to expect of this airline, we received a template apology and a credit in our travel bank.  How does this address the concerns  raised above?  Have we really reached a saturation point in customer loyalty that we can afford to dismiss concerns and simply allocate arbitrary credits as a tactic to appease customer disappointment?

I would like to see humanity come back and service excellence be something we actually do intentionally.  Just food for thought.

Canadian based Author and Professional Speaker, Faith Wood, is a Communication and Presentation Specialist. She spent 15 years on the front line of law enforcement helping her develop a seamless style of communicating through conflict and crisis that is insightful, efficient and results magical. Her skill as a novelist has helped her craft interactive stories that motivate and inspire and will keep audiences on the edge of their seats. As a hypnotist, she has cracked the code on what it takes to get past resistance and into wider perspectives while adding a bit of entertainment to the content. If you are looking for an engaging and interactive presentation for your next meeting or event, it’s time you brought in a bit of Faith! Offices in Calgary, AB and Coldstream BC.
Its a matter of perspective The impact of wilful blindness in the workplace

Nurturing an Attitude of Gratitude