What you believe, reproduces!

Well we are half way through January and I wonder how many of us are still trying to figure out what the new year resolution should be and how many have already lost faith in the ones they set for themselves.

I have recently been chatting with bewildered and fatigued colleagues who are re-evaluating the lifestyle they are creating.  As we chat, I hear them say so many interesting things about their beliefs and how these are impacting the behaviours they choose.

So…. rather than talk about goals and how to reach the targets you set (as everyone else is doing this month), I thought I would back up a bit and talk about the psychology of belief and why what we believe reproduces!

It is no secret that some individuals are much more successful than others. Why is this? Are they smarter, better businessmen(women), or do they have something that others lack? If you draw your conclusion from history, you will see that it is not necessarily any of the above, but something the internal operating system of the brain offers. This operating system is where individuals determine what they expect from themselves, therefore living up to it. If you are expecting to fail, guess what? If you aspire and expect to be the CEO of a company, you will! 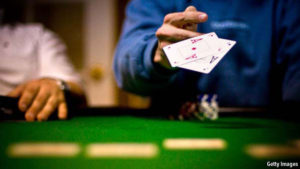 Most people think that truly amazing or successful people were handed all the right cards in life: a powerful family, wealth and a great home life.  This is not always, the case. Look at Mahatma Gandhi, Ho Chi Min or the Wright Brothers. None of these individuals were extremely powerful or came from great wealth. They were all common individuals, lawyers and bicycle repairmen. These individuals accomplished great things, because they were telling themselves great things and expecting nothing less of themselves.  The human belief system is a very powerful thing and what many do not realize is that they set themselves up for failure without ever saying a word. The internal feelings and beliefs about yourself can either make you or break you, it is truly that powerful.

This is not to say that there will not be bumps along the way even with a powerful and positive belief system. That would be fantasy to only assume that success would fall in your lap. What you need to know is that there will be trials along the way, but these can be turned into a positive process by learning from mistakes. Taking less successful ideas and turning them into feedback, correcting and tweaking the system is the formula for success.

Medical science has proven that our brain does not differentiate what is vividly imagined or actually experienced. The same neurological impulses are triggered throughout the nervous system for both situations.

This signifies that when we close our eyes and imagine ourselves in that dream like state, we are more likely to achieve. In fact, one could say that we were preparing ourselves for that success.

Imagine this to test out this theory: 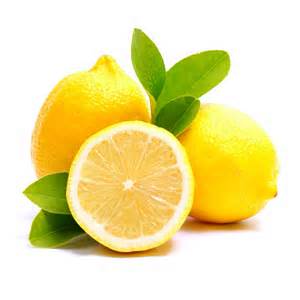 Take a large yellow lemon – the mere name signifies sour. Now close your eyes and imagine biting into that lemon. The sour juice that drenches your tongue making your nose twitch and mouth pucker. The smell and cold feeling of the lemon on your hands and close to your nose, lets you know how sour it really tastes.

Are you salivating, I bet the answer is YES!  That is because your nervous system has been activated just as if you had that lemon in your mouth – see it does work!

This imagination can work to the benefit or the demise of many people. Many begin to fear at the mere sound of a situation, which can actually cause them health problems. When the fear and stress response is activated the immune system can be suppressed making the individual more prone to illness.

Rehearse in your mind the positives and the pictures of success, soon you will be realizing them in person.

The impact of wilful blindness in the workplace Why would you train in NLP style techniques?

Which Wolf Are You Feeding?

Discoveries in the Snow Pile